The NHS is reported to be continuing to waste over £300m per year on partially used prescription drugs since recognition of the opportunity for stemming this outflow was made in 2007. One early practical reaction to this problem came from the Nursing Professions who suggested labelling medicines with their cost as well as handing out leaflets to patients about not getting repeat prescriptions unless the drugs were still needed. Quite who was going to make that clinical judgmental call was unclear. Nurses also suggested unused medicines that are returned to pharmacies could be repackaged and made available again – currently any returned drugs have to be disposed of for reasons of safety and quality.

Despite widespread recognition of the issues, problems associated with drug related wastage are ongoing, however, a key and repeating message is for clinicians to regularly review the medicines patients are prescribed. GPs and Hospital colleagues discussed drug wastage in NW London last month and their experiences echoed those reported in 2007, with patients being admitted carrying bags full of drugs that were either historic and no longer necessary, necessary but unused by patient choice, or which were in conflict with up to date diagnoses and treatment plans. As well as being related to patients getting repeat prescriptions when they do not need them, medicines wastage and hospital admission is also caused by people not taking their drugs as they should.

Colleagues recognised that patient behaviour was leading to a large number of emergency admissions. Medication contributes to 5 – 8% of hospital admission and readmissions, of which almost half (approximately 4%) are preventable. A 2010 report from the Department of Health estimates that wasted medicines cost the NHS £150m each year with poor adherence to medicines contributing a significant amount to both waste and suboptimal benefit from medicines. Despite a growing understanding of the issues, the opportunity for improvement remains almost as it did in 2010, flying in the face of the increasing desire to balance the benefits from funding new drugs with available cash. The value of having specialist pharmacists located inside primary and community care settings is now being recognised and NHS England has launched an innovation programme to support drug review in primary care, although the funding to sustain the programme and secure acorn funding, must come from providers and commissioners for whom finance is increasingly stretched.

And yet everyone understands that in an era where the NHS is being asked to save money, tackling this issue could be a “really quick win”, freeing up resources to tackle front line care. As well as being a primary care problem, the levels of wastage and the opportunity for efficiency also lies within secondary care settings.

Improving medication adherence addresses two of the four key areas of established QIPP thinking, including lack of efficacy. There are allied agendas. The long term conditions agenda is also of key concern, accounting for around 70% of NHS spend. With the rise of evidence based medicine, patients with complex conditions represent a medication and cost pressure. Patients with complex and long term conditions represent high level acuity within secondary care settings.

NICE guidance around supporting medication adherence described “the need for improved medicine-related communication with patients, the value of patient involvement and the patient perspective in decisions about medicines taking and the importance of communication between health professionals about agreed decisions relating to medicines”. Colleagues recognise the valuable role of drug passports and similar devices to form an information bridge for patients being admitted or being discharged. But they are only as valid and the up to date information they provide. Prescriptions drugs are often provided in volumes for the most complexly ill. Making changes to their prescriptions, although clinically positive, requires the remaining drugs to be discarded.

Individual work to reduce drug wastage inside hospitals includes a project undertaken within  Chester NHS Foundation Trust CICU (Cardiac Intensive Care Unit) in response to part used drug issues. Solutions considered included a review of drug usage and storage. Stock levels were reduced to a minimum safe amount by drug line. Drugs were moved to a secure refrigerated cabinet with capacity to hold one tray per patient, making storage patient specific, which also improved safety at the time of issue. Over stocking was managed in this way, reducing loss through expired medicines. Initial savings reached £15k on drugs on one unit in one Trust as a result of a simple change in the way in which drugs are stored.

The opportunity for efficiency is larger than one proactive CICU. Should we fast- forward to a solution to drug storage and patient level issue that could be introduced to all NHS Trusts. We should consider establishing single or unit dose prescribing and issue. This practice is common place in USA and has been implemented to some degree in other EU countries where it has relied upon local modification of blister packs. 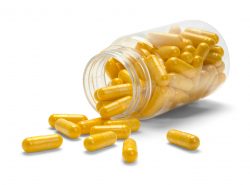 The larger NHS Trusts in London attended a discussion about pharmacy related problems during September 2015 and I asked why they hadn’t adapted the use of their established pharmacy robots to unit dose issue. Trusts clearly recognised the need to make savings and support positive changes to clinical safety. The Head of Pharmacy of the largest Trust present explained that she had seen the concept in action in Spain and wondered why drug companies hadn’t changed packaging to make the process change straight forward. Furthermore, in the past she hadn’t planned to support or to see such a change at her Trust “in her lifetime” but that she ‘totally got it‘ now.

The opportunity to move speedily towards single unit dosing relies upon either drug companies packaging in order to support single unit dosing, or Trusts mobilising a package – altering process safeguarded by bar coding and checking, as they do in Spain.

Kate holds a PhD in workplace law and ethics, a Diploma in organisational performance coaching (NLP), a Honours Degree in surgical post-mortem, a Certificate in forensic facial reconstruction and is a distinguished international lecturer, transferring knowledge in her field to delegates across Europe and the Middle East.