Productivity generally refers to the value of goods and services produced per hour of labour used.  Strong and growing productivity is widely recognised as key to a healthy economy and a foundation for wage growth and improved living standards.

The situation in the UK remains challenged with output per worker-hour 2% lower than the pre-crisis levels of 2008.  By contrast the G7 group of rich countries output is 5% higher.  As a comparative the French could take Friday off and still produce more than the UK does in a week!

Even more concerning, had productivity kept pace with the pre-2008 trend the UK population would be c.17% (on average) better off than it is today.

Why has Productivity Declined?

There are various reasons which culminate in the perfect storm to stifle productivity;

Efficiency refers to the economic and cost-effective use of resources.  In maximising outputs from given inputs, costs can be reduced and profitability improved.

Focused Productivity and Efficiency is key in achieving sustainable growth and long-term viability. The UK therefore urgently needs to address the reasons for declining productivity, that said these issues are complex, with no quick fixes.  UK productivity and efficiency improvement consequently requires a focused long-term solution, which appropriately engages with the various stakeholders.

Despite reduced productivity across the UK economy, employers state that their organisations have made significant year on year productivity and efficiency improvements.

Furthermore, they have plans in place to achieve further savings in future years.

Employees state that they are working harder and longer hours to achieve productivity targets, with many regularly working through lunch breaks and on average only 77% utilising their full holiday entitlement.

The problem is that whilst employees are working harder, they are not necessarily working smarter.  In some instances, organisations are improving productivity but not associated efficiency (increased costs) or improving efficiency without a corresponding increase in productivity (unsustainable cost reduction). This is a fundamental result of not managing the inter-linkage between productivity and efficiency and organisations finding quick fix solutions to improve profitability or try to remain competitive.

What Does the Future Hold?

Given that there are no quick fixes to resolving the UK’s productivity dilemma, it is inevitable that organisations will do whatever they can to improve efficiency.

Whilst this may be necessary for the ultimate survival of organisations, short-term productivity and efficiency improvement does present a potential social quandary which continues to drive a sequence of events which are already in motion;

Cleary it is a potential doomsday scenario, driven by technological change, social acceptance and desire.

During the recession unemployment peaked at 7.8 percent. which resulted in rapidly increasing debt and government intervention, both of which will have lasting consequences.  A five to seven times increase in the rate of unemployment would be inconceivable and unmanageable. 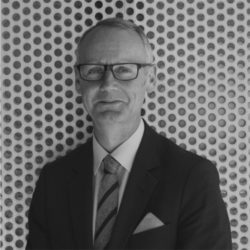 He received national recognition for collaborative programme delivery in the Government Efficiency Awards, was shortlisted as finalist in two further National Awards for NHS Transformation and achieved runner-up in the IFT Public Sector Turnaround Programme of the Year.

He has held numerous board and senior advisory positions, is a certified Lean Practitioner, Master Coach and a member of government and corporate turnaround panels.