Whilst many have been questioning the level of societal imbalance for some time, there is no doubt that the pandemic has further magnified and intensified these thoughts with a growing number of people vocalising their concerns and, in some extreme cases taking action to try to rebalance society.

Whilst the COVID storm has affected everyone, it is fair to say that not everyone is navigating the storm in the same boat.  There is clearly a major rift between those individuals and organisations that have found COVID advantageous and those that have seen their livelihoods decimated.

As an extreme example, a recent report by Swiss Bank UBS found that billionaires increased their wealth by 27.5% at the height of the crisis from April to July 2020, with their collective wealth surpassing the previous peak of US$8.9tn in 2017.  The 2020 Bloomberg Billionaires Index highlighted that Jeff Bezos’s and Elon Musk’s wealth alone had increased by US$74bn and US$27bn respectively, which will have increased considerably since.

By comparison there are many individuals who derive their income from limited companies, but not through PAYE, the self-employed who have not shown any profits and those who were employed after 28th February 2020 who are unable to access government support packages.  A survey conducted by The Film & TV Charity identified 74% of freelancers working in the industry were not eligible for support.

However, some of the biggest challenges continue to be felt by the ‘lower paid’ who continue to suffer adversely from a financial, health and general welfare perspective. The 2020 ONS report highlights that this group represents 15.1% of all employee jobs.

This isn’t however merely a financial issue, it’s a wider challenge regarding Moral Value.  Society operates through key principles.  Individuals & companies try to align to those key principals through targeted values of which there are a significant number.  We therefore tend to see values as ‘doing good’.  However, the pandemic has forced people to reassess and reprioritise what they truly value and to see values through a relative hierarchy.  The exception to this point is the value of life, historically taken for granted, a fundamental principal of society is to value our own lives and the lives of others. 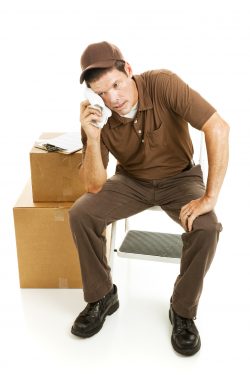 Given these changing dynamics and the associated physiological soul searching, a number of probing questions arise, which fundamentally challenge the foundations upon which society has operated for many years. Ultimately resulting in a ‘newfound’ respect for many professions that have unfortunately historically been taken for granted.  Examples include:

This obviously leads to some interesting comparisons regarding pay versus perceived & real value.  Such as why do footballers get paid more in a day than a nurse in a year and how can a ‘reality’ star earn the equivalent of a teacher’s salary from a couple of social media posts?

The answer to these questions is Capitalism. A definition of which is an economic and political system in which a country’s trade and industry are controlled by private owners for profit, rather than by the state. People & organisations focus on maximum reward for time and money invested.  It is therefore reasonable that such companies will seek to align themselves with those organisations and individuals who can help to promote their products & services.  So powerful are some of these brands & influencers that such relationships can drive near infinite mutual potential and generate significant rewards for those involved.

By comparison, public sector pay is set by government based on the quantum of affordable revenue generated from taxes.  Although it is further complicated by the fact that those pursuing a career in the public sector often do so to meet a cause, rather than for financial gain.  A basic value that is widely understood and appreciated.

There are therefore only two ways that public sector pay can be improved.  Firstly, through greater efficiency and value for money in public services, the second is through increased taxes. Both of which are complex given increased government debt, populations desire to maintain existing public services and an underlying aversion to tax increases.

It is also important to note that commercial success and profitability funds public services, although one recognises the various debates regarding the level of funding and the diversion of profits across geographical boundaries to reduce tax burdens.

So while I understand the sentiment, it is unrealistic for key workers to be remunerated to the same level as high profile stars.  However, it is important to recognise the growing rift between the wealthy and the rest of society, and that this perspective is relative to the lens through which one is viewing.  As the saying goes ‘one person’s trash is another person’s treasure’.  Furthermore, it is vital that we recognise those that we have perhaps previously taken for granted, as only when we need something and it’s not there, do we truly see the benefit it played in our lives.  In essence for society to truly work, everyone has to play their part and feel valued in doing so.

How do we start to change societal values?  We remind ourselves that capitalism only works if a significant proportion of the population buy into the cause and accept the current status-quo.  If you’re not happy with footballer’s salaries stop watching football matches and buying merchandise.  If you’re not happy with influencers, stop following them.  If you’re uncomfortable with unprofitable company stock valuations stop following the crowd and investing in them.  Society forms its own values through the things it consumes, people and companies it funds and decisions it makes, all of which can be changed or altered at any time, especially with collaborative focus & action.

We are living in rapidly changing times, driven by technology, social communication and the pandemic.  From Sir Tom Moore’s record fund raising activities to the Reddit’s community battles with Wall St, and the various political rallies, we are seeing growing focus of ‘anti-establishment’ & ‘power to the people’.  In which ‘Average Joe’ is able to garner the support of ‘Joe Public’ to collectively fight for a cause – whatever that cause may be.

The challenge for organisations is successfully operating within these rapid changing markets.  It is essential for organisations to develop values which relate to the changing values of society.  Furthermore, is to truly live by those values rather than merely paying lip service to them.  In doing so not only can significant competitive advantage can be generated, but at the very least the challenges associated with being a focus of societal discord are mitigated.

Key considerations for organisations wishing to capitalise on these changing new markets are:

.
As global economies open up, restrictions lift and government stimuli packages are removed the true extent of organisational Challenges & Opportunities will be revealed. The situation will vary considerably across industries and organisations, but one thing is clear, those that don’t move with the times will miss out or fail.  It is essential for leaders to adopt foresight, assess potential and take immediate action.

If you’re grappling with assessing & implementing opportunities or minimising & mitigating challenges in your organisation, call us to see how we can help drive Ethical Viability, through adoption of the 5 P’s – Pivot, Promote, Profit, Protect & Preserve.